My hubby and I just got back from a cruise with his family to the Bahamas.  We knew we were going to eat and eat (and eat) so we made sure to bring our exercise gear to offset some of the indulgences.  Plus, we both like working out and we like to see what new options we have while on vacation.  The first day of the cruise we were at sea, so we hit the gym.

I ran 8 miles on the treadmill while he lifted weights and tested out the elliptical.  The gym was nice, but it was hot and crowded (I had to wait for a treadmill, but several were open by the time I was done).  After that we decided to find something more fun.

The next day we did an excursion in Florida called Kayaking in Manatee Cove. 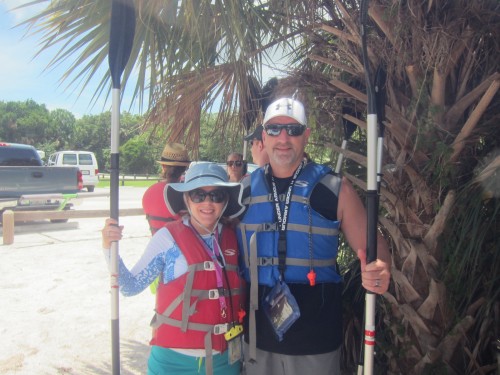 It was at a nature preserve near Cape Canaveral where you may or may not see manatees since it isn’t a zoo/aquarium.  We saw 10 or 12 manatees, but the water was pretty murky so we didn’t get any decent photos.  Then we saw a bunch of dolphins having lunch, but they were quicker than my camera and most of the shots are like this: 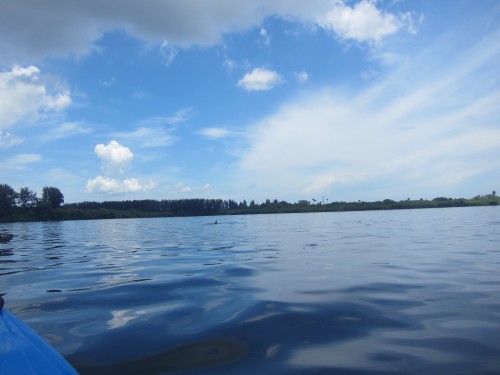 At least I got his fin in this one; most of the pictures are of a splash!  The excursion was really fun and I loved that the animals were in their natural habitat and not a cage.

The next day, we tried paddle boarding for the second time ever.  I didn’t fall once and Joe did much better than the time we tried it in Aruba. 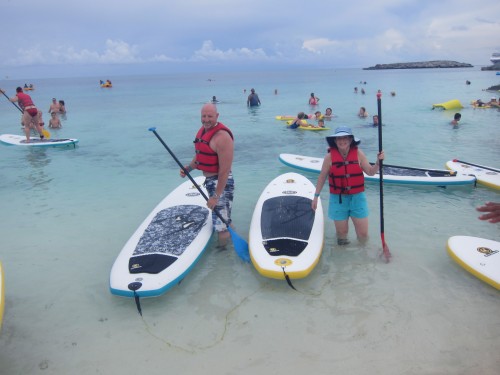 The water was much calmer here in the Bahamas than in Aruba due to the lack of watersports vehicles on our side of the island.  It was a lot of fun and a great workout.  Plus we got a bonus workout by snorkeling for an hour afterwards while looking for the rest of our group’s lost sunglasses.  We never did find them, so the lesson of the day is to not wear expensive sunglasses in the ocean!

The next day, we walked around downtown Nassau shopping, so we counted that as our workout.  After that, we were at sea heading back to New York so we had to find ways to exercise on the ship.  The pools were tiny, so swimming was out.  So I decided to give the jogging track a shot. 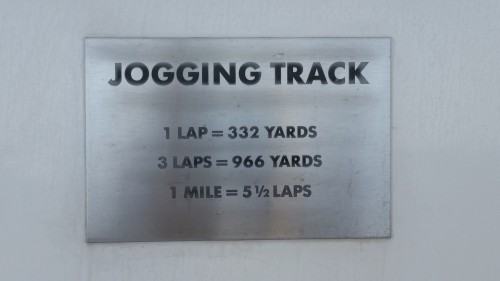 Since running with a GPS watch doesn’t work on a continuously moving track, I had to keep up with my distance the old-fashioned way.  I wanted to run 3 miles, so I had to go approximately 16.5 laps.  To easily keep track of my laps, I set my water bottle down and would give my knitting row counter  a click whenever I passed it.  This was a perfect solution because it’s lightweight and easily fit into my running shoes in my suitcase.  It also let me zone out with my music and not have to count while running, which I pretty much suck at!  I got mine in the knitting section of Michael’s for around $5. 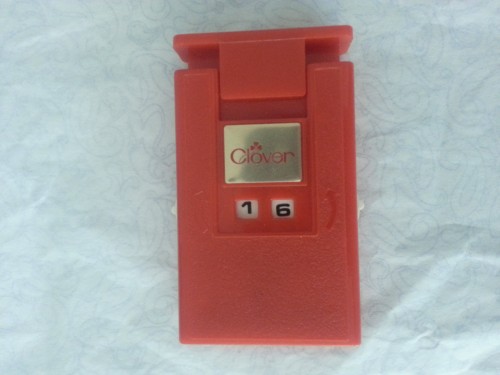 My only advice on the ship’s jogging track would be to go early and have patience with the people that are wandering around on it.  Just say “excuse me” nicely and they’ll get the hint after 12 or 13 times.  But other than the dazed and confused wanderers, it was awesome.  And you can’t beat the view: 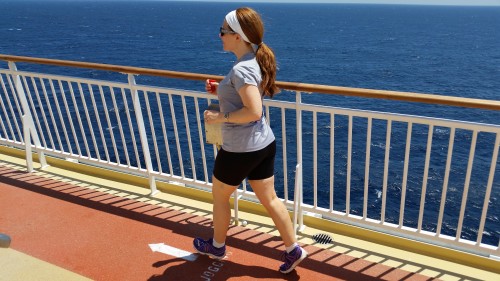 We had a great time and felt a lot less guilty for all those trips to the buffet.  Even though we would eat breakfast, second breakfast, elevensies, lunch, afternoon tea, dinner and supper, we each only gained 3 pounds on the trip.  The gym staff said that the average cruiser gains 1-2 pounds PER DAY, so I’d say we did pretty well!